Have you ever found yourself frustrated in the dating scene and growing increasingly hopeless at the prospect of finding the kind of partner that your parents and Disney movies brainwashed you into believing you deserve?

And then, as you are oscillating back and forth between questioning why you even try and what is so wrong with me that I can’t even find anyone to go on a third date with, someone comes along who makes you forget all of the woefully unpleasant dinners you’ve suffered through and restores your faith in humanity?  If you have gone through that life experience, then you can relate to what I have experienced with climbing in the Mundakas.

I have a slightly narrow and very thin/low volume foot, and I found the fit of the Mundakas to be fantastic.  For my foot, this is one of the best fitting aggressive shoes I have ever put on.  Particularly for a shoe that does not have laces or a velcro strap down low near the toes, I get a surprisingly good fit out of the Mundaka.  Due to how thin my foot is, I tend to have a little bit of bagginess on the top of my foot behind my toes in most aggressive shoes; the Mundaka does have a little bit of this bagginess on me, but much less so than most other shoes.  Tenaya rates all of their shoes on their “Foot Width Response” (FWR), which is the shoe’s ability to adapt to different foot widths.  The Mundaka receives a 4.5 FWR rating, which is the highest of any of their current shoes.  Having tried this shoe on with people who have a variety of foot shapes, I do think there is something to this rating system, as the Mundaka seems to be able to fit a variety of feet.  The sole and the upper of the Mundaka are both remarkably soft.  The softness of the upper is something I have found unique to Tenaya’s climbing shoes, and I believe it plays a big role in the shoe’s ability to adapt to different foot widths and shapes and be as comfortable as it is. 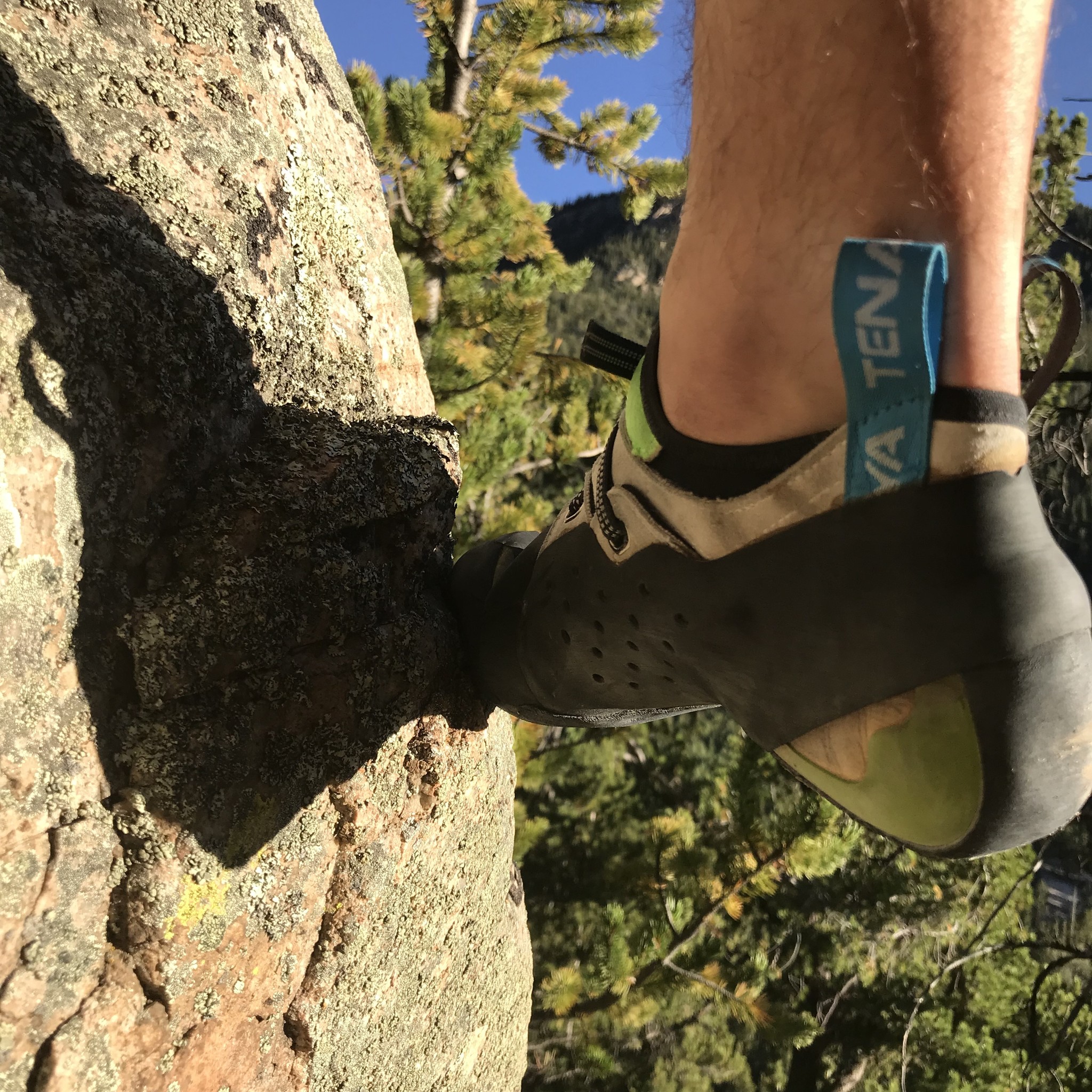 The Mundaka uses Vibram’s XS Grip rubber, the predecessor to XS Grip 2 and XS Edge rubbers.  While less commonly used today than its newer counterparts, Vibram’s original climbing rubber still has a place and does a great job on the Mundaka.  I have found its performance to sit in between Grip 2 and Edge - it is noticeably stickier and softer than Edge, but a little firmer than Grip 2.  That being said, I found that Grip sits closer on the performance spectrum to Grip 2 than to Edge.  I was more than happy with the Grip rubber - its soft and sticky nature compliments the soft, downturned Munkada quite well.

I’ve done my fair share of dating around in the aggressive climbing shoe world the last few years, even finding one or two that I thought might finally be “the one,” only to become disillusioned with the fit and feel after the honeymoon period was over.  Over a year later (including a resole), the Mundakas are still the apple of my eye when I am booting up for a sport climb.  The softness of the shoe makes it a dream on steep, overhanging terrain.  You have an incredible amount of flexibility in the sole of the shoe, which, combined with the nicely asymmetrical toe, makes it a wonderful shoe for toeing into holds on overhanging climbs.  The highly sensitive nature of the Mundakas is sublime, helping you to get truly in touch with what your feet are feeling on the rock. 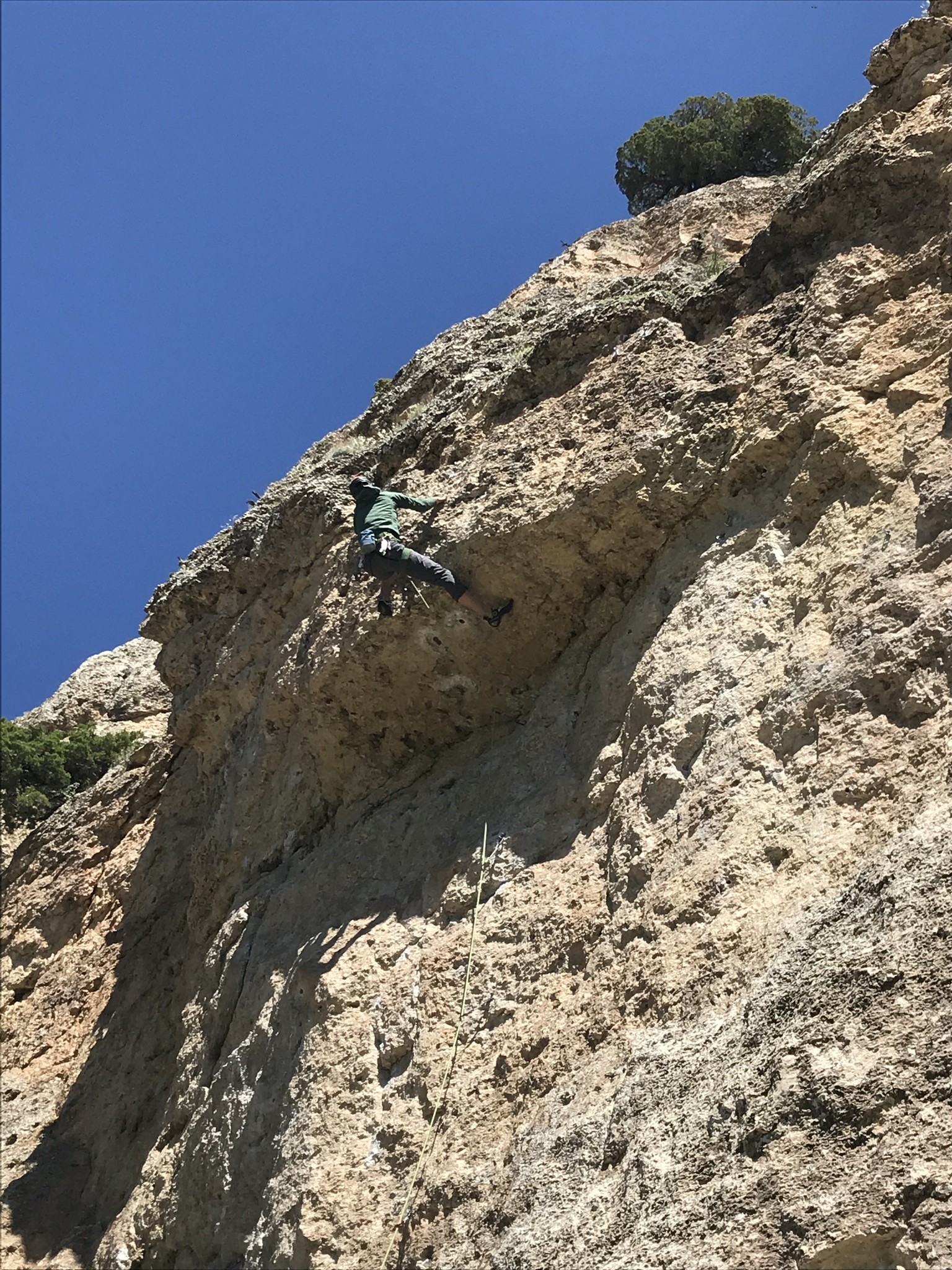 Despite how soft they are, I have been pleasantly surprised by the Mundaka’s edging performance.  It’s not the first shoe I would grab for a climb that involves a lot of time standing on really thin edges, but aside from those sorts of routes, the Mundakas get it done.  The ability to really feel small edges comes from the comfort of the shoe, and it helps the shoe to perform well on edges in a way that is different from what you get out of a more traditional, stiffer edging shoe.  If you haven’t climbed in a softer, more modern shoe recently, I wouldn’t discount their edging ability before you give them a try.  Some aggressive shoes give the impression that you are always dime-edging on everything you stand on, no matter what it is.  The Mundaka pleasantly sits on the other end of the spectrum, allowing you to accurately feel what you are standing on and not giving the sensation of mashing your big toe into a razor blade when you are standing on a jug.

The Mundakas know that they can’t be everything to you all of the time, and they are okay with this.  They aren’t going to get jealous if you take another pair of shoes with you when you go crack climbing or alpine climbing.  Being jammed into cracks or taken up long multipitch climbs isn’t really their idea of a fun time with you, anyways.  For any sort of sport climbing, bouldering, or even very facey trad climbing, the Mundaka shines.  I have loved this shoe on sandstone edges, limestone pockets, and granite smears; it is hard to give the Mundaka a slice of climbing terrain that it cannot handle with aplomb.

The only real gripe I had with the Mundaka was that the rubber wore more quickly than I expected it to.  To be fair, I did wear this on warm up routes a lot more than I would other similarly aggressive shoes, so perhaps some of the quick wear was a result of that.  The rest of the shoe has held up beautifully.  Over a year and a lot of climbs later, the velcro straps are still in good condition, and nothing on the shoe is showing signs of delamination.  I have had the Mundakas resoled once (at Rock and Resole, in Boulder), and they took the resole quite well, with no perceptible changes to the fit or feel afterwards. 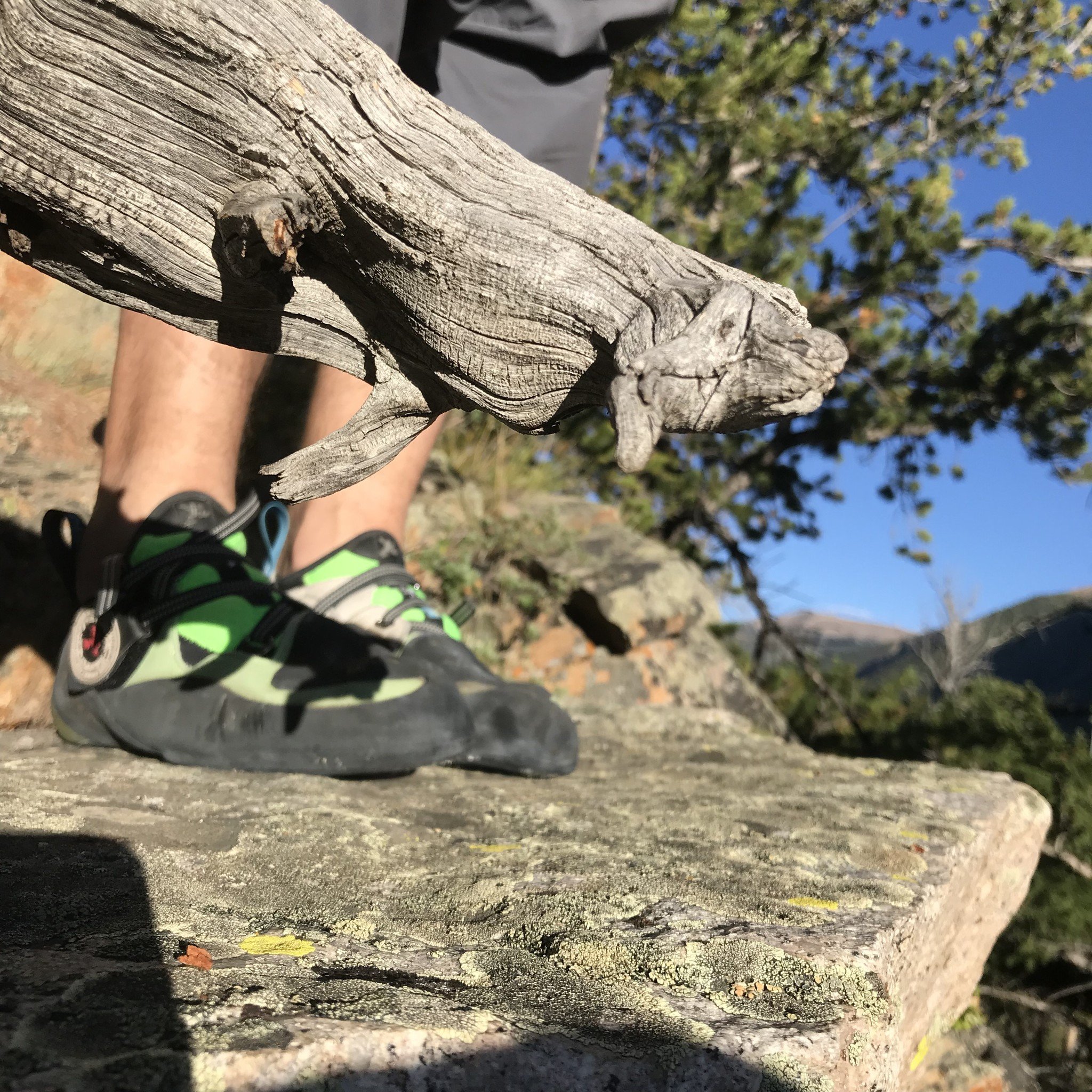 I have been so thrilled with the Mundakas for the past year that the rest of my aggressive shoes have seen little to no use.  I am still blown away that a shoe can climb this well and be this comfortable.  I would not have suspected the effect could be so great, but the sensitivity and comfort the Mundaka offers really does enhance the shoe’s performance on the rock.  I think Tenaya has a unique and special thing going with the Mundaka and many of their other shoes.  The Mundaka is so comfortable that I have often found myself wearing it on warm up routes, which I rarely find myself doing in a shoe like this.  My feet are about as happy as they can be in a shoe this aggressive and tight, and they climb wonderfully on a much wider variety of terrain than you might expect from a shoe this soft.  If you are looking for a new shoe to make your heart swoon (and your battered and disfigured toes squeal with joy), come on in and see if the Mundakas can win you over.